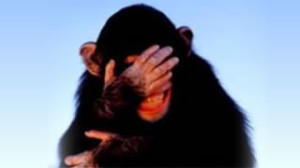 Update: We’ll be back up at Bing very soon.

The battle is heating up between some of the United States Freedom Network Websites and the Jesse Stockwell “Brand”. His Brand includes the companies that he founded, operate and for which he is the managing partner. He got his start in the Junk Mortgage Business with LendingPoint Mortgage. He then opened Debtmerica where he has already paid $200,000 in restitution to New York residents and costs to the N.Y. Attorney General. Next he opened Optima Tax Relief, an industry that the IRS warns consumers about. Now he has opened  LoanNow which charges up to 189% vig (interest). Finally, and our personal favorite, he started SuperMoney. This company makes Houdini envious in how it makes bad reviews disappear. Jesse started out with Coins That Care, a commemorative coin company with which he attempted to exploit the 9/11 tragedy. He was shortly shut down by the N.Y. Firefighters and Widows for copyright and trademark infringement.

The United States Freedom Network is currently coordinating with a number of States’ Attorney Generals, by assisting victims of their alleged business scams in filing complaints with the Attorney General of their state that will lead to their taking action against Jesse Stockwell and his companies. This has already been successfully undertaken by the New York Attorney General. However, we believe that any new actions filed by the Attorney Generals will include R.I.C.O. charges, which will allow the forfeiture of assets against Jesse Stockwell and his organization, an organization which targets the poorest in our society. If he is found guilty, this restitution could then be used to repay victims of the alleged crimes.

The above named companies and their owner, Jesse Stockwell, have, we believe, filed a complaint with Bing that got four of the Freedom Network sites removed from the Bing index and banned at Yahoo: debtmerica.biz, debtmerica.info, optimataxrelief.biz and jessestockwell.net. We have appealed that decision to Bing as we did with Twitter, who, when they reviewed the facts, overturned the Optima Tax Relief complaint.  We will be releasing the full story on our Appeal with Bing on Sunday, March 9, 2014. Bing has written us back that the review will be held within one business day, so on Monday March 10th we should have more to report to you. We are confident that Bing, like Twitter, will overturn yet another desperate attempt by Jesse Stockwell’s Organization to hide the many facts we have uncovered from government agencies and other reliable sources about him and his companies.

Also note that in the Torres v. Torres case, Debtmerica, LLC and Jesse E. Torres IV, who changed his name to Jesse Stockwell, were defendants in that Complaint. The Complaint contained R.I.C.O. charges for extortion and death threats. Their motion to have the New England Watchdogs Website shut down was denied by the Massachusetts Superior Court.

The following story was reprinted with permission from optimataxrelief.biz.

While we can’t say for sure if it was someone from Optima Tax Relief LLC who filed a complaint with Twitter, we can say for certain, our Twitter account was suspended. What we do believe, is that the complaint sure smells like it was to cover-up the mistake of not getting the optimataxrelief name at Twitter.

Debtmerica, LLC – “Worst CEO in Orange County CA” Whether you worked for them as an employee or work with him as a vendor, my boss is the worst CEO in Orange County. He has built an impressive reputation of acting completely irrational and exhibits bi polar aggressive behavior. Many folks will warn you about him and share may [sic] crazy situations, listen to these individuals and be glad you are not involved with this crazy man. Full Story here.

The result of this “anonymous” complaint was that our Twitter account was suspended. We appealed the decision to Twitter, who does not have a reputation for reversing  their decisions, or so we have been told.  A BIG THANKS to Twitter, who within 24 hours of receiving our email below, did turn our account back on. Here is our appeal to Twitter (please excuse the typos but we wanted the exact text):

We have fully reviewed your policies and do not believe that we have violated any of them. We are wondering if you believe there is an issue with our name. We have the domain optimataxrelief.biz that was recently purchased by us. We are not in the same business as the owner(s) of the other domains with different extensions, and are therefore not in violation of any trademark or copyrights. Further, we are not selling any competitive product, or any product whatsoever. We simply provide users with a place to write about their experiences with debt/tax industry companies, that when factually based, will not be taken down as is the track record of the industry. We also provide them with information about similar free services that are available to them. For example, we show them what the IRS says about tax relief companies and provide them with the IRS links to free services. Our organization is made up of retired industry professionals who volunteer their services to help people for free.

We are guessing that Optima Tax Relief has made the complaint that led to our suspension. You should know, the owners father is one of our volunteers. We don’t believe that Twitter would ever want to stop an all volunteer free service that offers alternatives that the U.S. Government recommends and who makes available the government warnings about these “tax relief scams”. If you go to our websites (optimataxrelief.biz is just starting but will be fully up in a day or two) you will, I’m sure agree, we provide one of the few options for people who can least afford being taken advantage of.

One of our volunteers, a retired Federal Judge, made it clear that Optima Tax Relief LLC relinquished any rights it had to optimataxrelief.biz when it did not take the reasonable precaution to protect its rights when it did not purchase the optimataxrelief.biz domain. They cannot now claim that the fee of $9.90 a year for that protection was a hardship. Therefore, we its legal owners, have an equal claim and the rights to use the name.

Lastly, you should know that there is a long list of feeder sites for Optima Tax Relief LLC and others in this industry. They remove any negative posts in less than 24 hours of them being posted. Just review their positive posts, we believe you will also conclude they all appear to be written with a similar pen. It’s not us that you will be stopping if you suspend our account, but the voices of all those that don’t want others to experience the additional financial cost, but the humiliation of having been taken advantage of by them again. Please see the Fox Business Report “Don’t Become a Victim of a Tax-Relief Scam” if you doubt the need for sites like ours. http://www.foxbusiness.com/personal-finance/2013/07/30/dont-become-victim-tax-relief-scam/

Thank you for your consideration,

While it’s purely conjecture on our part as to who, if anyone, filed a complaint that led to our account being suspended, we will let you come to your own conclusions. Again, thanks to Twitter for reviewing the suspension of our account. We will once again be Tweeting about the other side of the story regarding Optima Tax Relief LLC.