Bill O’Reilly: Pamela Geller’s About Standing Up To Bullies 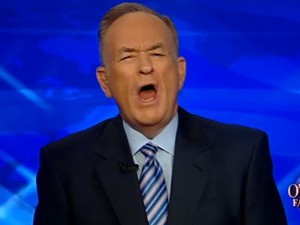 Bill O’Reilly, do you really think you are going to win the war against Radical Islam by turning the other cheek? The actions taken by the Cop in Texas are the only thing these radicals understand; Gun, Bullet, Death. We are in a war, one brought to a boil by the actions of Obama.

Bill O’Reilly, we thought you were a student of history. Please give us one example of any country’s passive dealings with Radical Islam that has brought anything but beheadings. Bill O’Reilly, your opinion matters to millions of viewers and it is essential that you get it right.

For the first time, a story of this importance was co-authored and published by: United States Watchdogs, New England Watchdogs, Obama Muscles and the U.S Freedom Network itself.

Pamela Geller did something probably most of us never would have done. However, she did do it, and more importantly, she let the Radical Islamics know that when they push, they’ll get pushed back. And that is paramount to this remaining a free society. To the Muslims you speak of not wanting to offend, they need to get over it just like Christians do when some fool defiles the image of Jesus, or veterans do when some idiot dances on our flag, because a far greater injustice would be to cut off their freedom of expression, as it would soon be ours.

You see Bill O’Reilly, while you did not propose stopping Pamela Geller’s right to free speech, you have taken the first step in doing so. You are in effect condemning her for what she said. Would you feel the same if government started censoring what you can say on the Factor? I’m sure Mr. O’Reilly that you have heard about “sliding down that slippery slope” and you probably think that it doesn’t apply in this case, but consider this. Currently, the vast majority of Americans after years of this same type of justification, actually believe that our right to bear arms was written to allow hunting and/or to protect ourselves from intruders into our homes. In reality, the 2nd Amendment exists to prohibit our government from knowing where our guns are and who has them so that, if necessary, the people can rise up against their government.

“When governments fear the people, there is liberty. When the people fear the government, there is tyranny. The strongest reason for the people to retain the right to keep and bear arms is, as a last resort, to protect themselves against tyranny in government.” Generally believed to have been spoken by Thomas Jefferson.

While we are certainly not calling for an armed insurrection against our government, we wanted to point out just how important it is for all of us, even you Mr. O’Reilly, to not erode our 1st Amendment in the same way the 2nd Amendment has been.

While we may all wonder why Pamela Geller did what she did by hosting a cartoon contest of the Prophet Muhammad, we need to applaud her for letting the world know that Americans won’t be intimidated by terrorists’ online postings of their atrocities. Can anyone compare a cartoon of Muhammad to the Christians being beheaded? 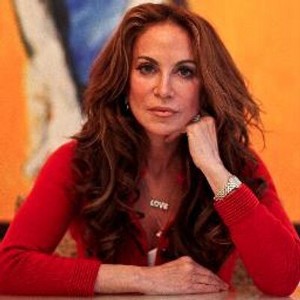 Remember the kids in school who were always picked last for dodge ball, but only if the gym teacher pulled them out from behind the bleachers? Those kids grew up and the Internet has given them voices. It is the voices of these “Bleachers Kids” that are being heard, asking to respect the “rights of Muslims”, to not “hurt their feelings” and to be “politically correct”. The truth is, these kids think with that same “hide from the ball” attitude, that if they are very acquiescent, a Muslim won’t take off their head. History makes crystal clear: they are wrong.

If it were not for the Texas Police Officer with his gun killing the two Radical Muslims armed with AK47 Rifles, they probably would have killed many Americans. The Bleachers Kids would be justifying those probable deaths with the same faux apologist rhetoric they are using now. Do they honestly think that apologizing to the perpetrators rather than the victims will somehow spare them when the sword comes down on their neck?

We had better wake up. When ISIS makes claims that they have infiltrated 15 of our states, most likely from the border Obama opened up, we should be listening and loading our guns.  It wasn’t the cartoon contest that brought these killers across our border. It was the extreme Progressive actions of a weak President, elected by those who learned their progressive values from our schools and Universities, taught by, none other than, the Bleachers Kids. The Radical Muslims are taking our freedoms away from us by fear. This fear leads to “flight” by the Bleachers Kids. While they scream their fears to the rest of us from the computers in their mother’s basement throughout the Internet. Some of us are students of history and know that in this case, it is time for “fight”.

The real hero, the real bottom line: The obsession with political correctness in this country is part of the reason our freedom of speech is being diluted. The problem is this political correctness is not equal opportunity, it is slanted towards an apologist attitude for Muslims.  No matter what anyone says today, it seems it will upset someone else. Radical Muslims have proven one thing, if you don’t agree with them they will kill you. Was there anything good that came out of this? Yes, a survival lesson. The real bottom line is simple. When people take up arms against you, intending to take your life for what you believe, you take theirs first or you’re dead. The real hero, the Police Officer from Texas, did his job, and because he did, many Americans are still alive.

We hope this Police Officer, like the Sergeant-at-Arms in Canada, both who saved incalculable lives, set an example to the many other good Police Officers now under attack from our Government. What is even scarier to us is that the attack on our police is coming from the top, right out of Obama’s mouth. To our police, please continue to protect the public, keep your guns loaded, and your aim straight. And for the rest of us who may not be fortunate to have a trained Police Officer around when they come for us, keep your guns loaded and your aim straight. 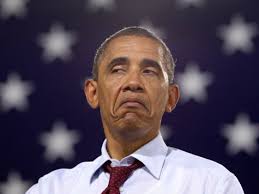 The No Spin Zone: Come on Bill O’Reilly, Obama was clear in his book, “Dreams Of My Father“. He is trying to force this country to follow the views of his father who hated all “Colonialists“.  An undeniably influential part of his upbringing came from his attendance in Muslim Schools while living in Indonesia. Just look around the country and the world. Obama is destroying everything that once made us a beacon of light to the world’s population. As if that isn’t bad enough, he just may get us all killed.