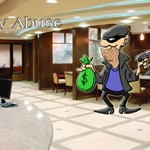 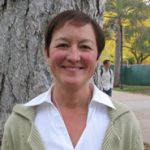 Citizens, when only a 10% – 15% fee increase is proposed for a racially mixed group, a large number of whom are alleged illegal aliens. We can only hope the country gets a new President who will stop this madness!

1. This is notification that a story has been published where you are, or will be a major part of, at http://uswatchdogs.net/2016/09/27/blm-california-violates-federal-state-law/. As this story may have legal implications, and as it may expose serious violations of State and Federal Law, and that it is our intent to send our stories and backup materials to the appropriate Federal and State agencies, you are being herein notified.

2. Was it you, Steve Nelson, Bishop California Field Office Manager or Danielle K. Chi, Acting Deputy State Director for California, or both, that proposed what your own document –

– clearly demonstrates to be a disproportionate fee increase of almost 300% vs 10% – 15% on two distinct groups. White Senior Citizens, Americans, would be charged a fee increase of about 300% while an apparently more favorable to you and/or the Bureau of Land Management practices, a group of racially mixed Americans and foreigners, including many “illegal aliens”, who are only being asked to pay a 10% – 15% increase. Note: If our affidavits prove to be factual, many of this second group pay nothing at all, apparently a direct result of your or your office’s policies.

3. Our expert, who literally wrote the book on campground costs, was very clear: there is no possible way LTVA visitors cost 20 – 30 TIMES more than a regular visitor costs at a desert campground as you claim. In fact, he stated in his white-paper concerning same, they should cost far less to maintain, as they are in self contained RVs requiring little more than a small patch of desert. That would certainly indicate that all of your improvements and alleged pet projects you claimed in the above referenced paper, were not for the LTVA visitors, but rather for your racially mixed target audience of short-term visitors. Hence, can you back up ANY of your claims concerning costs in the above named document published on your behalf?

4. Did you know that your Recreation Ranger Becky Hutto did order your Host, Sean, to remove his “Trump” stickers after a Mexican vendor, apparently hired to fix the water faucet, complained so loudly to Ranger Becky Hutto that it was overheard by witnesses, his objections to having to look at the “Trump” signs on Sean’s personal, private motor scooter? Did you know that shortly after that outburst, in a time-frame that clearly would stretch the imagination to think as coincidence, Ranger Becky Hutto did order Sean to remove his “Trump” support writings and/or stickers from his personal, private motor scooter; a clear violation of his Constitutional Rights?

This document will be posted at bishop-blm.uswatchdogs.net.

We look forward to your reply,