Debtmerica’s Founder Jesse Stockwell: Does he really feel women are commodities to be bought and sold? 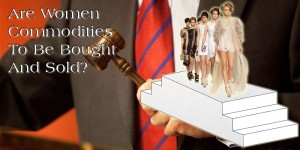 In an email to his father, Jesse Stockwell’s (A.K.A. Jesse E. Torres IV, Jesse E. Stockwell) own words would make it hard to not conclude that Jesse Stockwell believes woman are commodities:

“make the business plan your utmost priority, not a woman. They can be bought and sold later…” See it here.

According to an interview with Jesse’s father, Jesse E. Torres III, it appears that these exact words were a common rambling of Jesse IV’s Great Uncle, Donald F. Torres, who Jesse is reported to idolize, as well as Donald’s late son, James Kimberly Torres. Both are named in the case of Torres v. Torres, specifically for the R.I.C.O. charges and death threats. The equivalent of a Mexican Arrest Warrant was issued by the Mexico Federal Attorney’s Office for the arrest of James Kimberly Torres regarding those death threats.

Jesse Stockwell, then Jesse E. Torres IV, lived with cousin Jimmy at his home in Descanso California for a prolonged period of time after he was terminated from the employ of Prudential Volpe Technology Group in December 2000. His father stated that he believes this, along with his son’s association with Donald F. Torres, was a turning point in Jesse IV’s life.

More related stories of Jesse Stockwell in the News

For the political impact of Debtmerica, LLC such as their settling with the Attorney General of the State of New York for $200,000 in restitution to their N.Y. Clients and costs, see: