In a motion filed for Change of Venue with the Massachusetts Court of Appeals, the Pro Se Plaintiffs, in the matter of Torres v. Torres, motioned the Court for a Change of Venue based on a series of events specific to the Barnstable County Superior Court Clerk’s Office. 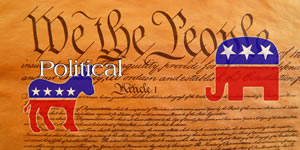 They claimed that the Clerk’s actions had a serious and negative impact on their case. In their motion, the Appellants stated:

In addition to the normal transfer of records and mandate, we ask that the following facts unique to Barnstable County and Appellant Torres be considered.
The record is clear and well documented, both in the documents submitted with our appeal, and other actions by the Barnstable Clerks Office, such as, in charging us for two unnecessary Summons, then refusing a refund for same; with our motions not getting filed for hearing; and even not filing them for an active hearing. These actions would clearly, “make the eyebrow of the average person rise”.
It would defy logic not to believe that these acts come from the association of Appellant Torres with the Impeachment of Judge Shirley R. Lewis. Many of the employees of the Barnstable County Clerks Office were employees of the office at that time, and witnessed first hand the hearings and protests that took place there.
They saw the many advertisements and constant articles in local newspapers. Clearly, the actions thus far in our case dictate at minimum, that there is an appearance of bias in Barnstable County that has and will continue to deny, or at minimum, make significantly more difficult, our right to the fair administration of justice.

Hundreds of dollars in over-charges never refunded, why? Can you imagine being in an active hearing and not having your motions and supporting documents presented? I guess when the President of the United States is nominated “Liar of the Year”, what does it matter if a Court Clerk, after not having filed the Plaintiffs’ motions, wrongfully claims,“They weren’t filed 9A”. News Flash: they didn’t have to be, as the Plaintiff stated in open court and in their appeal:

The Judge and the Clerk both erred as to their conclusions, as our motions were in response to the Defendant’s Motion filed with Short Order of Notice and as such were not, and could not, be subject to 9A service, M.S.C.R 9(a)(e)(1) Exception, as we argued, “But that was in response to this hearing, Your Honor. That is specifically a motion to strike this motion.” [Trans B, 4,4-6].

The Judge’s own words make it clear that he had not prepared for the hearing before him as a result of the Clerk not filing the Plaintiffs’ Motions.

Eight Un-filed Motions: An Emergency Hearing was held for the Defendant’s motion to deny the Plaintiffs their 1st Amendment rights and to allow the personal claims of Attorney Jeremy M. Carter, cloaked within the motion of his client. Attorney Carter’s motion was heard within 7 days of its filing. In contrast, there were eight motions filed by the Plaintiffs some months before, all filed well before Mr. Carter’s, yet not one of the Plaintiffs’ motions were marked up for a hearing by the Barnstable Clerk’s Office. The Appeal states:

The Judge then asked the Clerk for the file of the action before him [Trans B, 5,24], to which the Clerk responded “Number nine, Your Honor.” [Trans B, 5,25] Emphasis added.

The record is clear that there were eight sets of pleadings filed before the motion being heard [Attachment D, Schedule of Pleadings], all unheard and/or not ruled on.

Was it Incompetence of Vengeance? You Decide.

For stories about the politics of the Courts, visit obamamuscles.com.